Aboriginal people have inhabited this area for at least 10,000 years. Long ago the Painkalac Creek valley in Aireys Inlet formed a lake, which separated two tribes.

On the Aireys Inlet side were the Wautherong people or Mon-mart clan. On the Fairhaven side were the Gadubanud, or King Parrot people, who occupied land west to the Gellibrand River.

The name the aborigine’s used for the small estuary at Aireys Inlet, was ‘Mangowak’ which meant ‘a good place for hunting swans’.

The current name of the creek, the ‘Painkalac’, comes from their words, ‘Paen’ for fresh water and ‘killock’ for camping place.

William Buckley, an escaped convict, camped at ‘Mangowak’ in 1803 on his first foray westwards and later visited the area with the Aboriginal tribe that adopted him. He talked of using one of the filtered wells the Mon-mart dug near the salty river mouth.

Grinding stones, sharpening stones, hafted axes and flints have been found on THE GLEN. Also on the property is the only Coolamon tree registered by the Aborigines in The Otways. 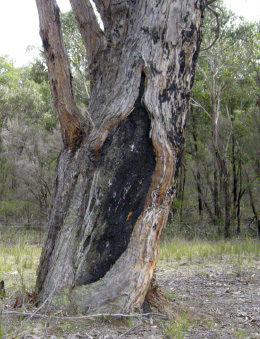 Geelong’s award-winning Aboriginal Cultural Centre is a significant attraction situated on Wadawurrung/Wathaurong Country along the Surf Coast Highway at the gateway to Victoria’s Great Ocean Road.

Narana means to deeply ‘listen & learn’ in which you take in and live out. It’s a listening and learning for life. We seek to build an understanding of Aboriginal history and culture in a welcoming, friendly and relaxed atmosphere.
Nestled amongst native trees, walkways & gardens Narana’s Cultural display & performance building and art gallery provide the perfect learning environment.